Spring break 2019. This is a big week for me and my wife. We are celebrating one year of being married. A lot has changed in the last year for the two of us. In fact, we didn't have jobs when we got married. I was a substitute teacher (that doesn't really count. Substitute teachers just sit there and don't get listened to.) and Lexi's company had just turned her position from full-time to part-time a month before we got married. She decided to move home from Utah and prepare for the wedding. She tried her darnedest to not worry about the fact she was marrying someone that makes $90 a day (and that's only if someone decides to get "sick") and was moving in with her in-laws.

We got married April 21, 2018. I was taking a class every Saturday and Wednesday for a teaching license. I had to ask for permission to miss my class because I was getting married. The instructors were skeptical because, come on, who makes up a wife to get out of a nine-hour class on a Saturday? They agreed to let me miss, but they gave me a makeup assignment in replace of the class. I said, "but that's not on the registry!"


We fast forward to today and my wife and I both have full-time jobs, our own apartment, a Costco card, and the cutest dog on the planet. His name is Harry. Short for Harry Caray. Shorter for Harry Caray Tagliaferri. 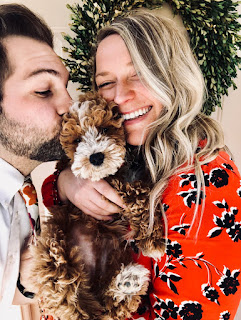 In one year, we went from two idiots in love without much, to being two idiots in love with their dog and something to do during the day. And because of that, we are celebrating. We took a trip to Arizona to visit Lexi's family and just relax by the pool. There's nothing better than being around family and watching your father-in-law sing Old Man by Neil Young on karaoke.

But before we could get to that, we had to make the trek to Phoenix. If you've ever done the road trip from Las Vegas to Phoenix, you know that it's the worst highway ever. Most of the highway is one way and there are only a few places with gas stations and service. As we are driving and eating our only meal of the day, doritos and pretzels, a light comes on. Not the light that comes on when you have your backpack on the passenger seat and it warns you to buckle up. A different light. It looked like the plumbing tunnels you pop out of in Super Mario. 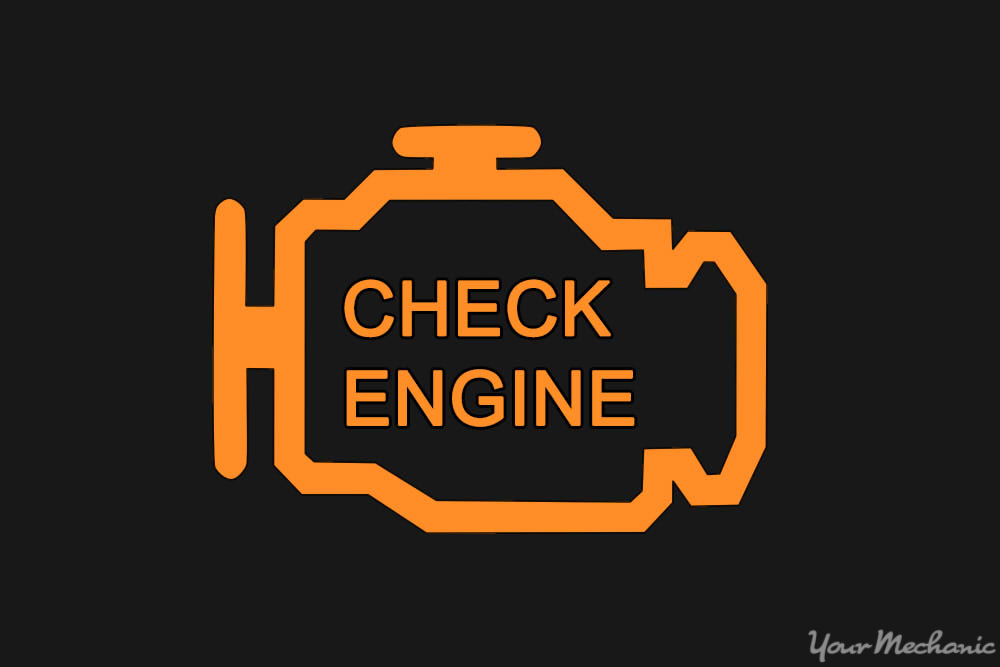 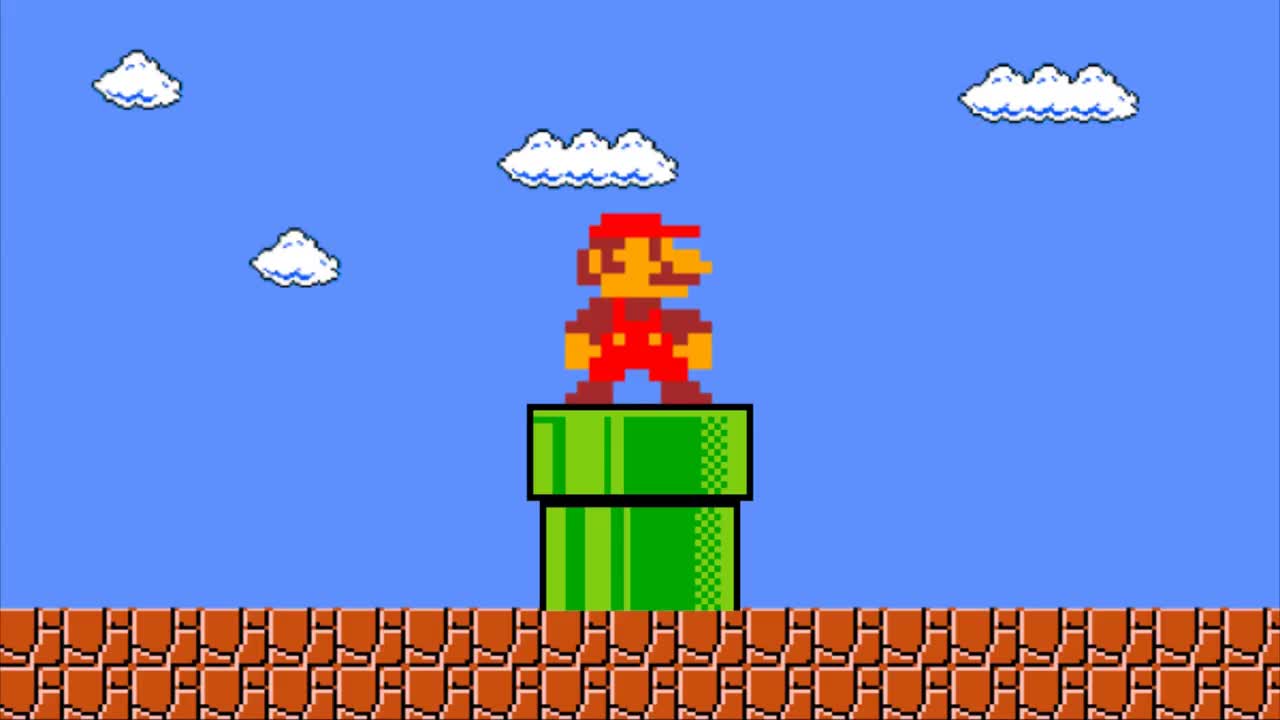 I told Lexi about it and she asked me what it was. I couldn't make up something to tell her. I was stumped. My car knowledge goes as far as knowing what side to pump gas on based on that little arrow on the fuel gauge.

A few things happened in that moment. We were stranded, had our dog with us, not much water, no service, and then the car manual tells us that we should not be driving the car when this light is flashing. One of the rare moments where I get to break a rule. "don't drive" pshh, if I don't drive we will just be stranded. Is that what you want, Fiat? Didn't think so. So, we drive until we get service. We reach out to AAA and beg for them to help us out. They agreed to, but it was going to come at a cost.

We described our situation and asked if we could ride in the car with them. AAA has some rule that if it's convenient for the passengers and puppy to be in the truck with air conditioning that they make the passengers sit in the car being towed instead. We spoke with customer service and they said it would be okay for them to break one of their own rules (What are rules for anymore, anyway?). When our hero showed up to pick us up, he would not let us sit in the truck with him. What a bust.

Long story short....we made it to Arizona and we were hot and sweaty. As a matter of fact, when my father-in-law picked us up from the auto shop, Harry threw up on me (remember, Harry is our dog, not my father-in-law).

Our first anniversary was awesome because it was just life. Life is weird. Things are going as planned and then a dog throws up on you. When the dog throws up, you clean it up, and go on with your life. Dogs throw up and things happen. My life with my wife is amazing because we are happy and enjoy life, and when the dog throw up of life lands on us, we clean it up with a smile and forget it ever happened.
at April 20, 2019 1 comment:

What do you do when you're bored? Eat? Read? Take Grandma for a walk? One thing I do is turn to Twitter. I like to see what everyone is mad at for the day. It's an awful place, really. However, it is where I turn to for news, sports, jokes, and even some of my friends live in Twitter. One day, a friend of mine was mentioning me in a tweet and we were talking about athletic directors. He asked that when I run my own program if I could get him a job. Now, I'm smart. If I'm going to hire a friend to work for me, it's gotta be in the snack bar of the stadium. Because, you know, free food! So I tell my friend, "I'll get you a job in the snack bar so you can get me a free hot dog during the game". And he told me something that I will never forget:

That friend was Jake Runyon. He's a wise one. But, I figured that was a great title for a book. With how fat America is, I'm sure I would attract the fatties thinking the same thing. But until then, I'll use the title for a blog. So, here we are. I'm writing a blog. Wonderful things happen in a blog, right? I mean, there's even a blog called "Accidental Chinese Hipsters" 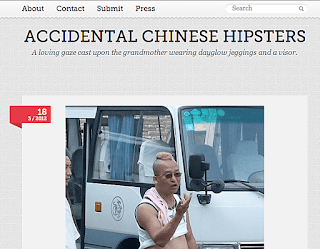 If that can be a thing, then why can't "Why Stop At One Hot Dog?" not be a thing?

Before I get into the real boring stuff (my blog is not boring, don't say that), I have to take this time to introduce myself. I'm a married dude. My wife's name is Alexi. We were wed to one another April 21, 2018 in the Phoenix Arizona Church of Jesus Christ of Latter Day Saints Temple.  I'm a special education teacher. I teach students with less than stellar behavior. Some behavior worse than others, but really, they just have a higher case of the wiggles than the rest of the Middle School aged population. They're young, they're squirrely, and they're funny.

Some of the things they say are hilarious. I have a student named Kellen. He's a sweet boy that takes everything literally. Even when it's written. Kellen approached me to tell on a student for being on his phone. This student was Jesus. Now, Kellen has only seen his name written on paper, but has also heard the Spanish pronunciation of the name. So when Kellen came to my desk he said "Jay-Zues is on his phone".

My students range from 6th to 8th grade and their education level ranges from 2nd to 6th grade. With them all having different learning levels, I have to find things to appeal to the masses. One day when I had them write, we never finished because I was spelling everything for my students. The next day, I introduced them to a dictionary! However, they don't know how anything is spelled that a dictionary would be too hard for them to find out how a word is spelled. Also, it's 2019. So, I had them get on their laptops, and start a blog. I asked them to write about their favorite things. As you can guess, most of them are writing about video games and candy, but, they're writing.


So, here we are. Again. Not talking about hot dogs, which is fine. I want you to know, I plan on writing more. My mom has the greatest blog. She is constantly writing about what makes her happy. She writes about her family, goals, religion, work, you name it. She pushes me to write more and I never have. But that stops today!
at February 17, 2019 No comments:

Spring break 2019. This is a big week for me and my wife. We are celebrating one year of being married. A lot has changed in the last year f...